Close to Heading Out of Dodge

The Dos Amigos are departing Monday, the 23rd of January. Why are we late…? Mother Nature supplied the Sierra’s and Incline Village with about (10) TEN feet of snow. Ken’s not sure if he lives in a house or an igloo.

Not to mention that the Mexican’s have shut the border down at Nogales, Mexico. Police are shooting rubber bullets at the protestors who don’t seem to like the 30% rise in automobile gas.  Who would, right? So we simply pushed our GO date by ten days. But now we’re ready to depart… 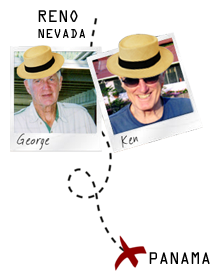